"Class 1 New medicine in China" is a truly innovative medicine 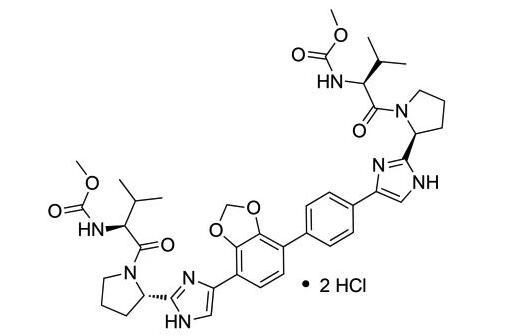 An NS5A inhibitor that blocks replication and assembly of the HCV virus by inhibiting the NS5A protein. In February 2020, it was approved to be used in combination with Sofosbuvir for the treatment of chronic hepatitis C virus (HCV) infection in adults with gene 1, 2, 3 and 6 treated with primary treatment or interferon therapy, with or without compensatory cirrhosis. The trade name is "Kailiwei".

In January 2015, CDE undertook the application for clinical trial of Colopexivir and capsule (Chemotherapeutic 1.1); In May 2016, the clinical trial approval was obtained; In July 2016, Cairn Launched phase I clinical trials of Colopevide capsules; In June 2017, Kine launched a phase III clinical trial of Kolopivir capsule combined with Soflunomide tablets in adults with chronic hepatitis C. In August 2018, Colopavir capsules obtained the priority review qualification of NMPA. 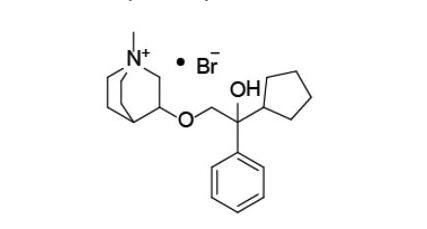 It is a selective M-cholinergic receptor antagonist that relives the symptoms of variant rhinitis by inhibiting the neuro-mediated glandular secretion and inflammatory response. Approved by NMPA in March 2020, the product is marketed as "Biliptin" for the treatment of runny nose, nasal congestion, nasal itching and sneezing symptoms caused by allergic rhinitis.

An irreversible EGFR inhibitor. It was approved to be marketed by NMPA in March 2020 for use in adult patients with locally advanced or metastatic non-small cell lung cancer (NSCLC) whose disease progression occurred during or after previous treatment with epidermal growth factor receptor (EGFR) tyrosine kinase inhibitor (TKI), and whose presence of EGFR T790M mutation positive was confirmed by tests. The commercial name of the product is "Amela".

In August 2016, Jiangsuhausen submitted the application for clinical trial of HS-10296 (class 1 chemical drug) to NMPA, and approved the clinical trial in March 2017. In December 2016, a multicenter phase I/II trial was launched to evaluate the safety, tolerability, pharmacokinetics, and efficacy of HS-10296 in patients with non-small cell lung cancer. In October 2018, a randomized, controlled, double-blind, multicenter, phase III clinical trial was initiated to evaluate the efficacy and safety of HS-10296-controlled gefitinib first-line treatment for locally advanced or metastatic non-small cell lung cancer with egFR sensitive mutations. In April 2019, NDA in China was accepted by CDE. 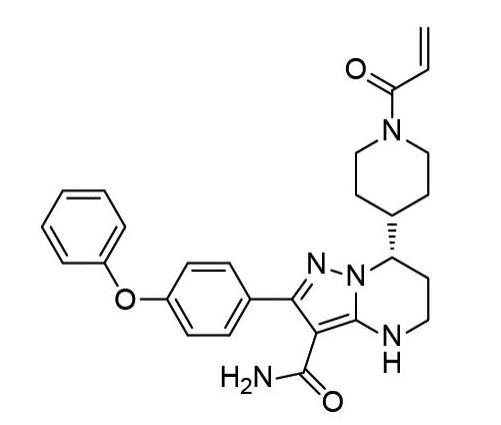 In October 2018, the NDA of Zebutinib capsule for potential therapy in patients with relapsed/refractory chronic lymphocytic leukemia (CLL) or small lymphocytic lymphoma (SLL) was accepted by NMPA. In November 2018, an open phase II study of zebutinib for recurrent or refractory marginal area lymphoma (R/R MZL) was conducted in China. In January 2019, Zebutini, a BTK inhibitor of Bajchellina, was awarded the ground-breaking therapy designation by FDA for the treatment of adult globulin lymphoma (MCL) patients who had received at least one previous treatment, becoming the first Chinese cancer drug to receive the ground-breaking therapy designation in the United States. On August 20, 2019, the drug was approved for clinical trial by CDE in October for the treatment of relapsed/refractory diffuse large B-cell lymphoma. 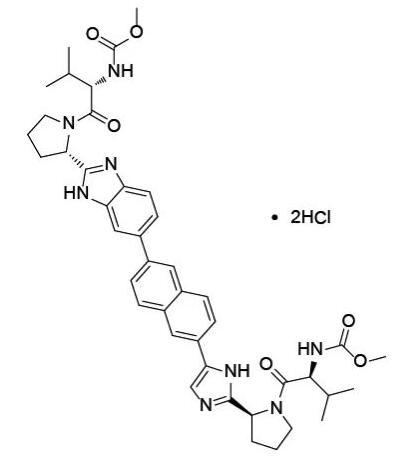 The latest generation of NS5A inhibitors can inhibit viral RNA replication; NS5A is a multifunctional protein and a basic component of HCV replication complex. In July 2020, it was approved to be marketed by NMPA and used in combination with ritonavir enriched sodium tablets and ribavirin for the treatment of initially treated non-cirrhotic adult patients with chronic hepatitis C virus (HCV) infection of genotype 1B, which shall not be used as a single drug treatment under the trade name "Xinlirene".

The original development company was Xcovery, which was licensed to Bayda Pharmaceuticals in 2014. As an anaplastic lymphoma kinase (ALK) inhibitor, it also has potential inhibitory activity against TRKA fusion, TRKC, ROS1, EphA2 and C-MET. Approved by NMPA in November 2020, it is intended for use in patients with locally advanced or metastatic non-small cell lung cancer (NSCLC) who have previously received nextinib treatment and are either advanced or intolerant to nextinib lymphoma kinase (ALK) positive patients, under the trade name "Bermena".

In November 2015, Baida Pharmaceutical Co., Ltd. applied for the Clinical study of Class 1.1 Chinese chemical drugs in China, and obtained the clinical trial approval in August 2016. In October 2016, the clinical application submitted by Bayda Pharmaceutical, Xcovery and Cotalent in China (import Category 1) was undertaken by CDE, and the global multi-center clinical Phase III trial was approved in May 2017; In December 2018, NDA was accepted by NMPA in China for locally advanced or metastatic NSCLC with alK-positive progression or intolerance to nextinib after previous treatment. In February 2019, it was proposed to be included in the priority review process by NMPA.

It's a GABAA agonist. It's a sedative. It was approved to be marketed by NMPA in December 2020 and clinically used for sedation in gastrointestinal endoscopy. The trade name is "Sixuning".

In September 2014, Hisco Pharmaceutical Co., Ltd. applied for the Clinical study of This drug, Sinochem 1.1, in China and obtained the clinical approval in March 2016. In October 2018, a multicenter, randomized, double-blind, propofol controlled phase III study evaluating the efficacy and safety of cyclopofol sedation/anesthesia in colonoscopy and gastroscopy subjects completed the first enrollment in China; In August 2019, NMPA undertook hisco's NDA application for cyclopofol emulsion injection. On February 20, 2020, the application for the marketing of cyclopofol emulsion injection was included in the proposed priority evaluation category by CDE.

It is a small molecule PARP inhibitor, which can inhibit THE DNA repair process in brCA1/2 abnormal cells, induce cell cycle arrest, and then inhibit the proliferation of tumor cells. It was approved to be marketed by NMPA in December 2020. It is clinically used for the treatment of platinum-sensitive recurrent ovarian cancer, fallopian tube cancer or primary peritoneal cancer patients with BRCA mutation (gBRCAm) accompanied by previous second-line or above chemotherapy. The commercial name is "Airuiyi".

In November 2018, the clinical application of Class 1 in China submitted by Hengrui has been accepted by CDE, and the clinical implied permission has been obtained in January 2019, which is intended to treat an entity aneurysm. In February 2019, fluorine azole peary capsule compared to placebo for maintenance treatment of recurrent ovarian cancer randomized, double-blind, controlled, multicenter Ⅲ clinical research started in China; In October 2019, the NDA application for this drug was approved by NMPA and the indication was recurrent ovarian cancer. At the same time, other indications such as gastric cancer, pancreatic cancer, small cell lung cancer have entered the market application.

Previous:The most noteworthy new antibody drugs of 2021
Next:Can the products listed in your website catalog be synthesized?